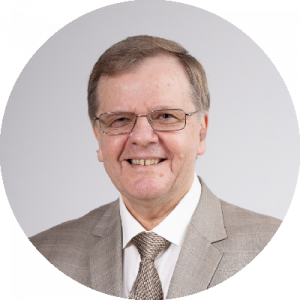 Previous Experience: Founder and President of Transport and Telecommunication Institute for over 15 years, Vice-rector for Research and Development Affairs for more than 10 years

Membership: Member of the Joint OECD/ITF Transport Research Committee (OECD – Organization for Economic Co-operation and Development, ITF – International Transport Forum), Member of Institute of Electrical and Electronics Engineers (IEEE), Corresponding Member of Latvian Academy of Science, President of Latvian Transport Development and Education Association, President of Latvian Operations Research Society, Editor-in-Chief of the Journal “Transport and Telecommunication”, Member of the board of the Journals “Transport”, “Technological and Economic Development”, “Journal of Aviation Technology and Engineering” etc.

Participation in projects: has participated in 37 international projects (in 26 projects as national coordinator of the projects) and 26 Latvian research projects and programs (in 23 as head of the projects) within the frame of COST Activities, Horizon 2020, Framework Programs, INTERREG etc.

Awards: 2 Gold and 5 Silver Medals of International Research and Innovation Exhibition of Innovators (1985-1990); Honorary title “Latvian Honored Inventor”, Latvian Parliament (1989); Award for Innovative Excellence in Teaching, Learning and Technology, USA (1998); Award and memorial medal for outstanding research in computer science and informatics,  Latvian Academy of Sciences (2001); Award and memorial medal for outstanding performance of research in air navigation, communication and radar technology, Latvian Academy of Sciences (2002); Certificate of Recognition as a significant contribution to the research and educational work in the transport, logistics and information technology, as well as on the international success in science, Cabinet of Ministers of the Republic of Latvia (2014); Certificate of Honor of the Latvian Academy of Sciences for research in the field of transport and logistics (2019).

In October 2000 the national air navigation service providers of Latvia, Lithuania and Estonia mailed a joint letter to the Regional Director of the U.S. Trade & Development Agency (hereinafter TDA) on allocation of financial and expert support to development of CNS/ATM Regional Implementation Plan. TDA was selected with a regard to the leading position of the US in the market of air navigation technologies.

In February 2001 upon TDA’s assignment Montgomery Consulting Group Inc. (USA) experts visited all three Baltic States on their first definitional mission to learn the real status and development trends of air navigation systems in the given region as well as to identify the volume and expenditures of activities to be done within the project. Their expert report with conclusions was submitted to TDA.

In April 2001 TDA awarded a special Grant to fund CNS/ATM Regional Implementation Plan. In May the Grant Agreement was signed between TDA and LGS that was authorised to act on behalf of all three Baltic ANS companies involved in the project. The Grant covers a 650 thousand USD funding for development of the plan.

Brief Description of the Project

The project primarily aims at development of CNS/ATM Sub-regional Implementation Plan for Latvia, Lithuania and Estonia complying with recommendations of international aviation organisations and defining short-term needs and long-term prospectives of progress of air navigation systems in the three contracting states.

Principal aims of the Plan are as follows:

1. To set up an appropriate sub-regional coordination for understanding the development strategy of the neighbouring countries.

3. To define the necessary resources.

4. To weigh out costs of various ways of CNS/ATM implementation.

5. To weigh out efficiency of various ways and patterns for implementation of new systems and technologies paying regard to operational, technical or organisational aspects as well as to the status of SARPs (Standards and Recommended Practices by ICAO).

6. To set up a coordinated approach towards implementation of new ATM systems and technologies in neighbouring countries.

7. To promote harmonisation and integration of air navigation systems in the Baltic States.

8. To set up a draft schedule for implementation of new ATM systems and technologies and for personnel training.

9. To harmonise the Plan with the European Air Traffic Management Programme EATMP.

10. To identify requirements qualified for CNS/ATM systems in each of the contracting states.

11. To set up the basis for national planning of CNS/ATM implementation.

The project requires setting up of an international expert group of representatives from Latvian, Lithuanian and Estonian national ANS providers to promote a close collaboration with the awarded US company. The primary assignment of the work group is to analyse, evaluate and adjust the proposals to best comply with the local needs.

Setting up of Project Group, Contract with DORS

In accordance with TDA requirements, in end May 2001 the US newspaper “U.S. Commerce Business Daily” advertised the Project Tender. LGS Procurement Selection Committee examined the submitted proposals strictly in line with TDA criteria and accordingly selected the US company DORS International to be the winner. Successively, on 29 August 2001 TDA officially approved the afoeresaid results of the Tender.

The international project group has been set up within the Project. It involves experts from the Latvian, Lithuanian and Estonian ANS companies. Also, international aviation organisations (ICAO, IATA, EUROCONTROL, CANSO) have been informed about the Project and have expressed their interest in it appointing their contact persons for the purposes of consulting. Similarly, all bodies in Latvia interested in the Project have been given notice on it and have nominated their consultants. Among them are the Latvian Civil Aviation Administration, Military Air Forces, Riga International Airport, the national airline AirBaltic, Transport and Communication Institute, Air Navigation Service Company Ltd, and ANS. Training Centre Ltd.

Now the Contract has been signed between LGS, performing as officially authorised body on behalf of the three ANS providers of the Baltics, and the Tender winner the US Company DORS International. According to the procedure, the Contract approved by TDA.

Following the invitation by TDA, the project Working Group visited Washington on 3 – 9 November the date and venue being tailored into ATCA 46th Annual Meeting International Technical Program and Exhibits.

The visit inter alia aimed at learning technologies and applications of CNS/ATM and setting up contacts with American manufacturers of respective systems/equipment as well as software.

The visit on behalf of TDA was arranged by Koeppen, Elliott & Associates, Ltd.

Upon the kind invitation by the USA Federal Aviation Administration the project coordinator Mr. Stroitelev presented the report at the International Panel of the Conference on 5 November. On 7 November a special Baltic States Business Session was arranged by TDA intended solely for the American manufacturers where Mr. Tarlap, Mr. Malinauskas and Mr. Izhganaitis presented their ANS companies and answered queries.

During the visit a meeting was held with the US FAA who showed interest about the project and promised expert support. Business meetings were held and several contacts launched with the biggest manufacturers of air navigation systems and equipment, among them with Raytheon, Northrop Grumman, Lockheed Martin, Boeing ATM and others. The information collected on manufacturers and their products shall be assessed and used for the project purposes in near future.

On 5 – 7 December 2001 LGS hosted the first meeting of the International Working Group that totalled 7 members from Latvian, Lithuanian and Estonian ANS providers plus Joe Dorfler and Phil Boughton from DORS Int., the project contractor.

On the first day a brief training session was delivered on the ICAO CNS/ATM Concept as well as on modern ATS technologies and applications. Training aimed at endowing the Working Group members with a single understanding of the future development trends in air navigation.

Participants developed the basic work principles and procedures as well as commissions of every project member. A schedule for the first stage of the project was also delivered. A particular attention was paid by the members to the procedure of data collection on the current status of air navigation systems in Latvia, Lithuania and Estonia.

It is expected that in accordance with the agreed schedule all three ANS providers of the Baltics will present required data on the current status of respective air navigation systems in the Baltic States. These data will set up a base for subsequent analysis and will assist in planning of a detailed visit in April 2002 of experts from DORS Int. to spot most problematic areas.

To make site survey more efficient a special Questionnaire was developed. The Questionnaire allows collecting a lot of data before the survey and focus team’s effort on very specific issues for each site.

Site Survey was made between April 3 and April 19. Totally the team of DORS representative and WG members visited 11 airports in Estonia (Tallinn, Kardla, Kuresaare, Parnu), Latvia (Riga, Liepaja, Ventspils, Daugavpils) and Lithuania (Vilnius, Kaunas and Palanga). Survey for the Daugavpils was made separately on May 20 within the trip from Riga for Vilnius WG Meeting #2.

The Meeting took place in Vilnius on May 21 – 23. WG considered Site Survey Draft Report prepared by DORS International. It was the last check of the data collected. WG members made some corrections and approved the Report.

In accordance with the Terms of Reference Contactor prepared a Working Paper to identify and document the international trends of CNS/ATM technologies in the European region, specifically highlighting the countries with FIRs adjacent to the three Baltic States (Estonia, Latvia and Lithuania). The document takes into account ICAO regional plans, EUROCONTROL regional plans, and other plans and programs relevant to CNS/ATM. The Working Paper was distributed among WG members as a draft for further possible amendments and corrections.

The Working Group has developed an initial version of CNS/ATM Transition Plan for the air navigation enterprises of Estonia, Latvia and Lithuania. In fact, the Working Group developed three CNS/ATM Transition Plans for each of the respective countries. In the nearest future it will be necessary to specify implementation timetable and content of each of the items as well as possible directions of sub-regional cooperation. Moreover, the Working Group reviewed CNS/ATM technologies to satisfy the requirements of the Baltic countries.

In January 2004 the project Working Group gathered in Vilnius for the second last meeting. It completed the busy period of preparations and the detailed study of the plans. The WG reviewed and accepted important documents. Long and hot, even tantalizing debates were spent on the document of cost-benefit analysis of the implementation of the system itself, its equipment and applications.

The WG analyzed further directions of development for the three air navigation providers of the Baltic – Latvia, Lithuania and Estonia, and a number of trends was identified for the sub-regional cooperation. It would allow for reduced costs and more efficient use of company resources. The selected options and their brief description are given in a special work paper while more detailed analysis requires appropriate authority and resources.

In line with the Terms of Reference, the analysis was held to study the impact of the implementation of the new systems and technologies upon the environment. It revealed that the implementation of CNS/ATM and the respective applications would leave nearly no effect upon the environment. The given analysis and corresponding calculations have been presented in the project papers.

By the end of the project the WG shall prepare the Final Report that would comprise the CNS/ATM Transition Plans, their brief descriptions, and a number of annexes. Also, it shall be translated into the national languages of the involved ANSPs. The project is expected to finalize on September 22-23, 2004 in Riga, Latvia.

The Study involved numerous tasks such as:

All tasks of the Study have been successfully completed.